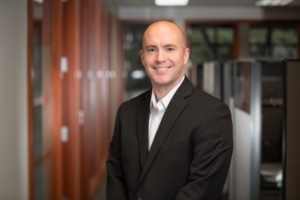 *This post is a recreation of the article written by Cory Wilmarth, Assistant Editor for the Summer 2017 edition of WashingtonCPA Magazine.  To view the entire magazine online click here.

Chad Daw, CPA, is a Senior Audit Associate at Sweeney Conrad in Bellevue, Washington.  Born in Salt Lake City, Utah, Chad moved to Puyallup when he was nine months old.  At 10, Chad moved to the Bothell area where he has lived ever since.  Chad is a true Washingtonian and does not picture himself living anywhere else.

Chad first discovered his passion for math at Bothell High School.  His father, a mathematician, helped him to develop that gift.  Regarding math, Chad said, "I have always liked the logic behind it and how it is a universal language.  No matter where you are in the world, 2 + 2 always equals 4."

While in high school, Chad imagined owning a business.  He wanted work that would allow him to problem-solve for other people.  He enrolled at Bellevue College to earn his Associate's Degree in Business Administration.  He served as a math tutor, considering teaching algebra or calculus, and also considered pursuing a biology degree to become a cancer researcher.

In spite of his grief, Chad was inspired by the strength his parents displayed fighting against their illnesses.  "I watched my parents deal with cancer for my entire childhood," Chad said.  "It wasn't until they had passed away that I truly understood the magnitude of what had happened to them. I hope to find a cure for cancer so that children and families don't have to see the people they love go through what my parents did."

Chad found a hero in former North Carolina State basketball coach Jim Valvano.  During his career, he was diagnosed with bone cancer and became an icon in the effort to find a cure.  His famous words, "Don't give up.  Don't ever give up," are engraved on Chad's parents' gravestones. "With both of my parents passing away from cancer, he was an inspiration to me and my family to never give up and to always strive for greatness," said Chad.

Though Chad's career goals have changed, they were always centered on using his passions to assist others. While at Bellevue College, Chad took his first accounting classes and found it to be an ideal career path. Chad transferred to the University of Washington Foster School of Business and majored in accounting. After two years of working as an accountant for ChemPoint, a chemical distributor in Bellevue, Chad earned his CPA.

While at ChemPoint, Chad also met the love his life, Jennifer Howlett.  Jen's sister was also a ChemPoint employee.  Jen was running a half-marathon to support her and Team Challenge, an organization dedicated to fighting Crohn's disease, and that's where she met Chad. They bonded over their love of athletics, as well as their desire to help those struggling with illness.

Outside the office, Chad is a long-time sports fan, playing basketball and running cross country in high school.  "I have always been a very competitive person," Chad said.  Though he doesn't play much anymore, he loves going to college games and is a University of Washington football season ticket holder. He also likes major league baseball.

As a couple, Chad and Jen love hiking. They go on a different hike together each weekend. Traveling is also something they enjoy, "Jen and I want to go on a baseball trip every year until we see every stadium and visit a new country every year. We want to see every continent besides Antarctica."

They recently took a trip to the east coast to visit six MLB stadiums.  While they were in New York, Chad and Jen got engaged. Though not quite sure about their honeymoon destination- Australia and Peru are both contenders- Chad and Jen are looking forward to whatever adventure lies ahead of them.