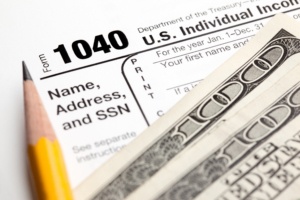 In a unanimous vote passed on Monday, July 10th, the Seattle City Council approved an income tax on high income Seattle residents.  The measure applies a 2.25% tax on individuals with total income above $250,000 for single individuals and $500,000 for married couples.  It is expected to bring in new revenues of about $140 million annually.

Washington is now one of only seven states in the U.S. that does not impose a personal income tax.  Mayor Ed Murray shared, "Our goal is to replace our regressive tax system with a new formula for fairness, while ensuring that Seattle stands up to President Trump's austere budget that cuts transportation, affordable housing, healthcare, and social services."  A lawsuit is expected to emerge from those who oppose the law after Mayor Murray has signed the tax into law.

Director of the Center of Government Reform, Jason Mercier stands in opposition of the tax's implementation.  He sited three legal barriers, "firstly the state constitution says taxes must be uniform within a class of property; secondly a 1984 state law bars cities from taxing net income; and cities must have state authority to enact taxes."

So what does all of this mean?  Well, all we can do now is pull up a chair while the lawyers and courts sort things out.  One thing is for sure.... we haven't heard the last of this.  If you have questions or concerns, contact your Tax Advisor at Sweeney Conrad, P.S. 425.629.1990.