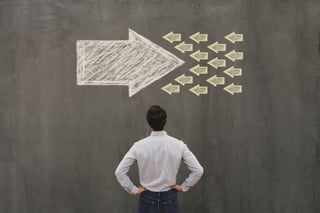 Securities and Exchange Commission (SEC) Chair Gary Gensler spoke during a recent webcast to commemorate the 20-year anniversary of the Sarbanes-Oxley Act. Gensler recommended that the SEC take a “fresh look” at its rules on the issue of auditor conflicts of interest. He also asked the Public Company Accounting Oversight Board (PCAOB) to add auditor independence standards to its 2023 agenda.

Here’s why independence matters for public and private entities alike and what you can do to identify and minimize potential conflicts of interest.

Enacted in the aftermath of the Enron and WorldCom accounting scandals, the Sarbanes-Oxley Act directed the SEC to create barriers between auditors and other parts of their firms. This caused many firms to spin off their consulting businesses into separate entities. “Over the past 20 years, however, many of these firms went on to rebuild them again. PCAOB inspections continue to identify independence — and lack of professional skepticism — as perennial problem areas,” said Gensler.

Under Rule 2-01 of Regulation S-X, when investigating auditor independence, the SEC considers whether an engagement:

The SEC’s guidance applies to audit firms, covered people in those firms and their immediate family members. The concept of “covered people” extends beyond audit team members. It may include individuals in the firm’s chain of command who might affect the audit process, as well as other current and former partners and managers.

For example, an audit firm might not be independent if, at any time during the audit engagement, a former partner or professional employee is in an accounting or financial reporting oversight role at an audit client. Such an arrangement may be particularly problematic if the former partner has a buyout arrangement that’s contingent on the firm’s operating results.

Conflicts of interest are an area of concern for all organizations, not just public companies. According to the American Institute of Certified Public Accountants (AICPA), “A conflict of interest may occur if a member performs a professional service for a client and the member or his or her firm has a relationship with another person, entity, product or service that could, in the member’s professional judgment, be viewed by the client or other appropriate parties as impairing the member’s objectivity.” Management should be on the lookout for potential conflicts when:

Determining whether a conflict of interest exists requires an analysis of facts. Some conflicts may be obvious, while others may require in-depth scrutiny.

For example, suppose a company asks its audit firm to provide financial consulting services in a legal dispute with another company that’s also an existing audit client. Here, given the inside knowledge the audit firm possesses of the company it audits, a conflict of interest likely exists. The audit firm can’t serve both parties to the lawsuit and comply with the AICPA’s ethical and professional standards.

Before the start of audit season, it’s important to re-evaluate whether there’s been any change in circumstances this year between your organization and your audit firm that could create potential conflicts of interest. Examples include staffing changes, M&A activity and new service offerings. This is a matter our firm takes seriously and proactively safeguards against. If you suspect that a conflict exists, contact us to discuss the matter and determine the most appropriate way to handle it.

The Sarbanes-Oxley Act was enacted 20 years ago. It directed the SEC to create barriers between auditors and other parts of their firms. SEC Chair Gary Gensler recently renewed his commitment to preventing conflicts of interest that threaten the perceived objectivity of financial reporting. It’s important to assess this issue when hiring an external auditor, upgrading from a review or compilation to an audit, or using your audit firm for consulting. Before the start of audit season, consider whether there’s been any change of circumstances between your organization and your audit firm that could create potential conflicts of interest.