Progressing Quickly: What Budget and Tax Reform Means For You 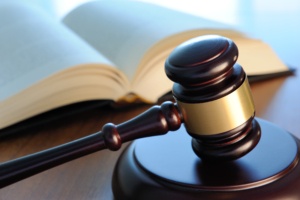 On October 25, 2017, the House of Representatives endorsed the budget meaning the budget now has both the House and Senate green light. The House's thin party-line vote (216-212) on a bargain budget dispenses with the requirement for an extensive budget meeting and can possibly quicken the procedure for enacting tax reform.

Dedicated drafting committees are writing tax legislation that could be established before year's end. But the likelihood of substantial changes being approved for the 2018 tax year are still slim. On November 1, 2017 preceding the mark-up session, an early draft of the legislation should be ready.

Trade off on State and Local Tax Deduction

One of the most conflicted discussions from the House has been whether to eliminate the state and local tax deduction, which would help alleviate budgetary concerns by creating more tax revenue. States with high tax rates (California, New York, New Jersey) would be most affected while states with no income tax (Washington, Florida, Nevada) would have less reason to stress.  But this is just one of many hot topics to be discussed once the drafting committee submits the bill in November.

What Does This Mean?

Unlike in prior years with long delays in approving the budget, the approval of a compromise budget shows that both parties in the House and Senate are looking forward to positive change and willing to work together. Once the draft of the legislation is released November 1, the details of the much awaited tax reform will be made known.

Tax reform and potential elimination of the state tax deduction does not only affect your bottom-line, but will impact interstate housing trends, financial planning decisions, and tax subsidized activities to one degree or another. At Sweeney Conrad, we keep abreast of the most recent updates and are prepared to advise our clients on the potential impact they have to their businesses and finances.  If you have questions on how these changes may affect you- contact your Sweeney Conrad advisor at 425.629.1990.