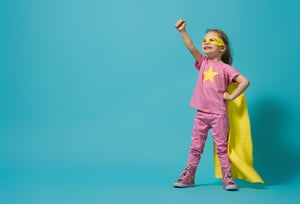 Last week we posted some information about the Advanced Child Tax Credit for 2021. Details about the credit can be found in that blog post here.

To qualify for the full tax credit, filers must make less than $75,000 if single, less than $150,000 if filing jointly as a married couple and less than $112,500 for "head of household" filers, such as unmarried single parents.

Also notable is that there's no minimum income level to qualify for the credit and that is where we see an opportunity.

In the following example, a divorced couple have 3 children aged 6 years, 8 years, and 10 years. The father has income of over $75,000 and files as single. The mother's income is less than $112,500 and she files as head of household. According to the agreement, 2021 is the father's year to claim the children. However, a benefit can be received this year, if the parents agree to work together.

Scenario 2 - Same income as Scenario 1, but Father agrees to release the exemptions for all three children, mother has income of less than $112,500 and claims all 3 children. She is eligible for $3,000 per child.

Remember, whichever parent claimed the children for 2020 is going to receive the advanced payments so it is important to opt out if you are strategizing about how to get the best tax credit possible. The July payment is already on the way, (this would be adjusted at the time of filing the 2021 tax return) but taxpayers should be able to opt out for future months here.