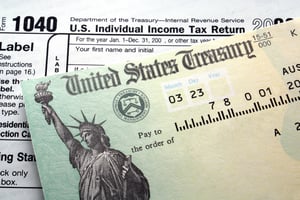 Officials announced yesterday that the Trump administration has directed the Internal Revenue Service to issue tax refunds despite the ongoing government shutdown.  Treasury Secretary Steven Mnunchin said that the administration will call back a significant number of I.R.S. employees from furlough to issue refunds, though they will not be paid until the shutdown ends.  According to official statements, the I.R.S. plans to open the tax filing season on time and are anticipating that they will be able to answer 60 to 70 percent of phone calls seeking tax assistance.

This is good news to the millions of taxpayers expecting refunds, as previous shutdown plans have prohibited the dispensing of tax refunds when Congress is unable to approve money to fund the Treasury Department. There is still some disagreement over whether this move is legally justified, and committee lawyers are arguing that the law prohibits issuing refunds during a shutdown, as refunds are paid out of the government's general fund.

We are here to answer any of your questions regarding how the government shutdown may affect your filings and will continue to send out regular updates as they arise.