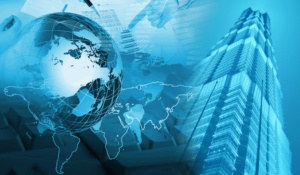 by Cory Johnson and Sam North

On May 23, 2017, IRS Officials announced in an industry webcast that the IRS began a campaign to identify foreign companies that should be filing Form 1120-F, but have not.  The officials also warned that the IRS intends to follow up on every potential non-compliant company it identifies and refer some for further audit.  Apparently initial letters have just been sent to companies or will be coming “very, very soon.”

Foreign corporations that have provided a Form W-8ECI (but who have not yet filed tax returns) should seek a competent accountant to prepare and file a Form 1120-F, income tax return for a foreign corporation and ensure that all income related to the W-8ECI is reported.  If companies receive a letter from the IRS regarding the lack of a filed Form 1120-F, they should not delay in responding and would be advised to seek counsel to advise on the response, to evaluate other areas of potential non-compliance, and to represent them in an eventual IRS audit.

This post is co-authored by Sam North CPA and Shareholder, Sweeney Conrad, P.S. and Cory L. Johnson Attorney and Shareholder at Colvin + Hallett.  The advice and information is general, and all specific questions should be directed to: snorth@sweeneyconrad.com or cjohnson@colvinhallettlaw.com.