Much Ado About Nexus 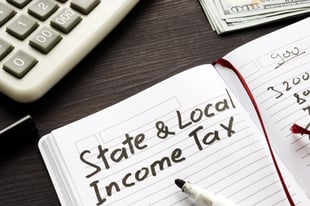 Like the Shakespearian play, nexus is a concept that has stood the test of time. But nexus isn’t nothing, rather it is the minimum connection that a business must have with a state that allows the state to require the business to comply with their tax laws. It’s a concept that has been interpreted over the years by states and courts, and understanding these nuances can help businesses manage their risk and avoid a tragic ending.

Understanding where your business has created nexus is important because without nexus, there is no tax filing obligation. Conversely, if a business has nexus and is not filing returns, the state can generally assess taxes, penalties and interest for several years, potentially back to when nexus was first created. Conversely, once a business begins filing returns in a state, the statute of limitations begins to run on the years open for audit. In most states, the periods open for audit are the 3-5 prior years if returns were filed. So understanding where your business has created nexus is key to managing this tax risk.

States interpret nexus differently for income/franchise taxes and sales taxes. While each state makes these determinations based on their particular state laws and precedents, there are some general guidelines due to federal laws and cases. These guidelines are briefly summarized below, along with issues to be aware of when a company engages in business activity and has customers in multiple states.

Prior to 2018, due to US Supreme Court cases (the most prominent being Quill vs North Dakota), a physical presence in some form was required to create nexus. While an office location or employees certainly are a sufficient (and visible) way to create nexus, states have found nexus to exist with more limited presence. With the expansion of e-commerce, states grew more aggressive in their interpretations of the traditional physical presence criteria to counter the related erosion of their tax base.

Resident employees, inventory and property in a state create nexus. Additionally, transient activities (employee visits to customers, including trade shows) and third parties acting on behalf of the business (sales representatives) can similarly trigger nexus as they are furthering the business’ ability to do business in that state. Nexus has even been attributed due to website links (click-thru nexus) or inventory held by third party fulfillment centers. The key to all these arguments was linking some sort of in-state physical presence with the company’s ability to do business in the state.

However with the US Supreme Court Wayfair vs South Dakota decision, the requirement for a physical presence was overturned. This decision opened the door for nexus creation due solely to a business’ economic activity in the state.

At issue in the Wayfair decision, was whether South Dakota’s law asserting that businesses with sales of $100,000 or 200 transactions in South Dakota were required to collect and remit the state’s sales tax. South Dakota’s law and tax structure also included certain other provisions that weighed favorably in arguing that their rule would not place an undue burden on interstate commerce, such as the state’s membership in the Streamlined Sales Tax organization and prohibiting retroactive application. The law was designed to fast track a case to the US Supreme Court with the hope that the physical presence requirement would be overturned. The court complied, and the physical presence requirement from Quill was overturned.

In response, all states have now adopted similar nexus sales thresholds for sales tax. So now there are two main ways that states are asserting nexus 1) physical presence or 2) sales thresholds, either of which can create a registration and filing requirement.

Another way to look at this is prior to Wayfair, a business had some measure of control over which states it created nexus in based on decisions around locations, employees, inventory and sales activities. With the overturn of Quill and the physical presence requirement, the location of a business’ customers now determine where it has nexus.

Similar to sales taxes, a physical presence can create income or franchise tax nexus. Also like sales taxes, some states have adopted sales or factor presence nexus thresholds as well.

Economic nexus concepts have existed for income taxes longer than for sales taxes (since the Quill case involved sales tax some states have interpreted it to be limited to sales taxes). However not as many states have formally adopted these as compared to sales taxes. States with defined factor presence nexus thresholds for income/franchise taxes range from $100,000 - $500,000 of sales per year with a few states even higher. However, others have taken broader interpretations on when a company is engaged in business in the state, leaving it open to interpretation.

Some states may also require income tax filing if the company is authorized to do business in the state with the Secretary of State or other agency, regardless of revenues. Finally some state licensing requirements (such as for liquor or wine shipping) or customer contract requirements (such as contracts with state or local governments) also require registration and filing (for both sales and/or income taxes).

Another complexity with income taxes (and to a lesser extent sales taxes) is determining the amount of sales in each state. There are different rules depending on whether your company sells products, services, and in some cases who your customers are (such as Government sales). However there may also be some limited protection from income taxes due to Public Law 86-272, but this is a topic beyond the scope of this article.

Nexus is an area of frequent disagreement between businesses and taxing authorities, and many areas are still unresolved. For example, if $100,000 in sales is sufficient to create sales tax nexus is it also sufficient to create income tax nexus? Will filing sales tax returns in a state without filing income taxes become an audit red flag? How will changes in remote and hybrid work as a result of the pandemic be seen from a state nexus perspective?

Determining whether nexus exists is only the first step in determining whether a business should register or begin filing in a state. For example, states differ on what products and services are subject to sales tax, so sales may not be taxable in all states. Similarly, states have various sales tax exemptions that may apply to different types of sales or when put to various use (such as for resale).

We can help you understand your businesses nexus profile, potential tax risk, and options to mitigate or reduce this risk. There is no one-size-fits-all solution, but there are options depending on your unique facts and circumstances. Addressing this risk proactively can not only save your business from needless penalties and interest, but will also help lead to a happy ending.