Cheers to Deductions: The IRS Releases Clarification on Entertainment/Meals Deduction 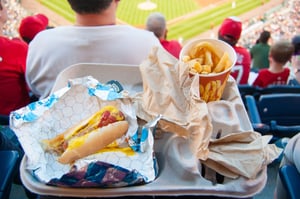 Good news in the tax world.  It turns out you can have your cake, and deduct it too- at least if you are wining and dining a client.  The Internal Revenue cleared up a bit of confusion recently, when the agency confirmed that companies can still deduct 50 percent of meals while entertaining clients and customers.

Earlier this year, President Trump signed a bill that eliminated the deduction of “entertainment expenses” such as golf outings, concert tickets and shows. In the tax world, this created some disagreement as to whether that ban included food purchases at the excursions as well.  As a result of pressure put on the IRS by trade groups such as the American Institute of CPA’s to clear up the uncertainty the IRS released the following statement last Wednesday. “Food and beverages that are provided during entertainment events will not be considered entertainment if purchased separately from the event.” This means that while you cannot write off tickets to an event, any food and beverage purchased during the event, as long as it appears on its own receipt does qualify as a deduction.

The IRS stated that it would follow up with more formal regulations in the future.